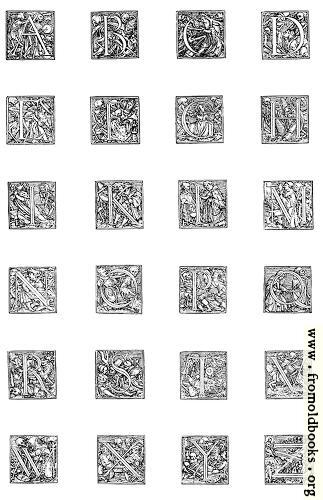 Plate 62 is Holbein’s Dance of Death alphabet. I am making the individual letters available at higher resolution; this image is just a place to put the notes and to let you get a feel for the whole alphabet.

These widely described and published initials are not only the most magnificent thing which was created by the master, but also the most ingenious German artistic pre-renaissance creation for decorative intials. The technical development of his work is admirable, which are commonly known as works of Hans Lützelburger [that is, they were probably engraved by Hans Luetzelburger after designs by Holbein - Liam].

A question unanswered today [1878] is whether the decorations were created by metal engraving or by woodcut. The sharpness of the shapes, the small outlines seem to be created using metalcut techniques. But the softness in the overall appearance looks like the woodcut technique is used.

The earliest use of the letters in print were in Johann Bebels Offizin around 1524. The provided complete suite is based on the sample impressions (from the museum of Basel) in original size.

Translation kindly supplied by Róman Joost; you can also see a picture of the original German captions.

Why does this collection not have letter J?

Thank you for writing!
The distinction between I and J is a modern one, like that between U and V; older alphabets rarely have both I and J, both U and V. They also tend not to have W, X, Y and Z.
You can find a few decorative initial “J” letters with this search.