The Last of their Racedetails 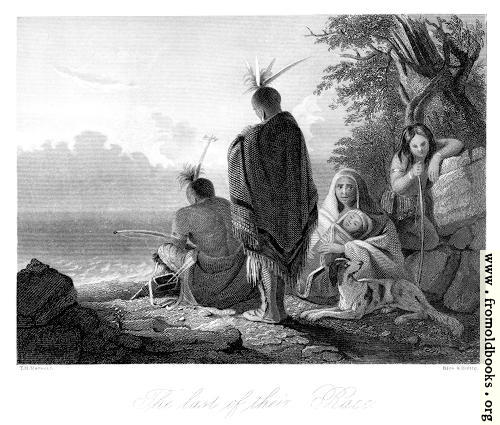 The Last of their Race more

The Last of their Race

A family of First Nations (Native) people at the shore, including two men, two women and an infant. The picture is fanciful: headdresses and other regalia weer not generally worn lightly, and were certainly not fastened by piercing a hole into the skull!

The piece is signed by T. H. Matteson and also by “Rice & Buttre”. The Size given refers to the main engraving, not including the captions, even though they would have been carved out of the same block or plate.

There is also a Computer Wallpaper version.