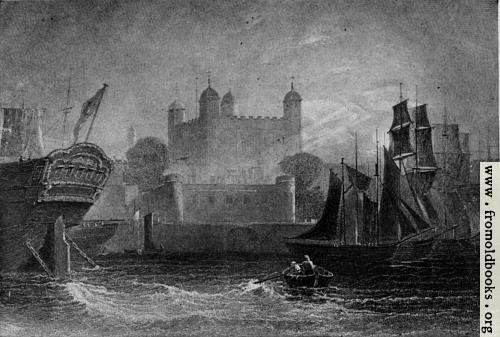 The Tower of London, in London, England more

London [...] was secured [for William] by the erection of a fortress which afterward grew into the Tower, but William desired to reign not as a conqueror but as a lawful king. At Christmas [A.D. 1066] he received the crown at Westminster from the hands of Archbishop Ealdred amid shouts of “Yea, yea,” from his new English subjects.” (p. 123)

The picture shows the Tower of London from across the River Thames, with sailing ships and a small rowing boat braving the waves, perhaps of a storm, or more likely a rainy sunday afternoon.