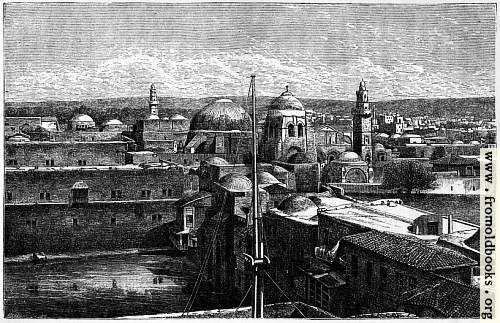 The engraving is signed in the bottom left corner Meeder Chubb, which I take to be Philip Meeder and F. Y. Chubb.

Tradition links this pool (also called the Pool of Siloam) with the work mentioned in the Books of Kings and Chronicles as ones that Hezekiah had made, in order to protect Jerusalem’s water supply in the event of a siege.

A tunnel connected with this pool is associated with Hezekiah, and is mentioned in 2 Kings 20:20 – “As for the other events of Hezekiah’s reign, all his achievements and how he made the pool and the tunnel by which he brought water into the city...” – and also in Chronicles 32:30. There are pictures of the tunnel on the Bible Places Web site.