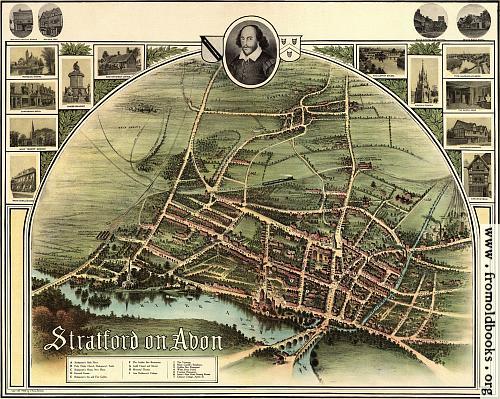 Stratford On Avon, in Stratford,Warwickshire,England more

A bird’s-eye view of Stratford-on-Avon made by J. Ross Brown in or about 1908. It is not to scale.

This image originally came from the public domain images at the Library of Congress; it is [ http://hdl.loc.gov/loc.gmd/g5754s.ct000162]. I (Liam) have scaled it down and converted it to JPEG; I also improved the way that multiple scans had been joined, so that the seams were less obvious. I will distribute the higher resolution image on request.