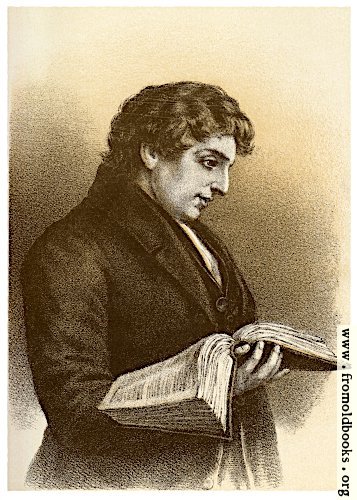 Father Mathre, from the picture by J Haverty.

The Reverend Theobald Mathew, D.D. (1790 – 1856) was a temperance reformer from Thomastown in Kilkenny County. he was known for speaking against drinking alcohol, and for abstaining from it himself. He founded the Total Abstinence Movement, which at its peak had roughly half of the population of Ireland as members. He also opposed slavery, but later renaged on this.

The book here includes only one work by Mathew, a speech.

The artist, Joseph Haverty, was an Irish painter whose works were very popular.