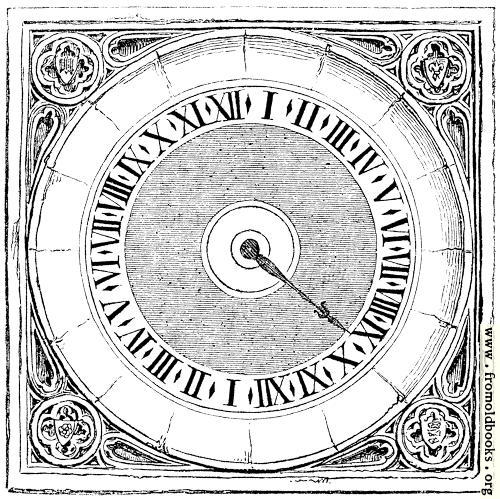 The clock does not appear to be mentioned in the book apart from this picture. It was installed at Hampton Court Palace in 1540, but the astronomical (or astrological) parts were lost in the early nineteenth century (both the mechanism and the face); although they were later found and reinstalled, this plate shows the clock without them in the early 1840s. The astrological dial was found in 1879 and the clock was fully restored in 2008.

The clock face is unusual in having twenty-four hours marked in two runs of I to XII in Roman numerals and no minute-hand.