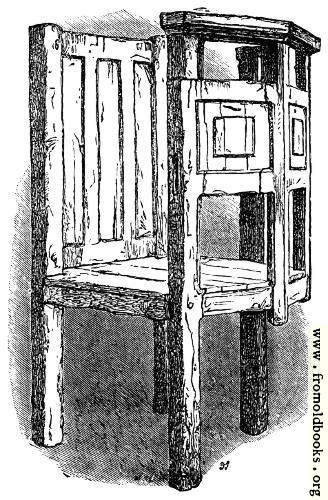 John Knox, who had joined them [in the Scottish city of Perth] only a few days before, preached such a vehement sermon against idolatry that he increased the excitement. On the 11th of May[1559], he bade them “pull down the nests that the crows might not build again,” and that very afternoon they broke down all the carved work and ornaments of the Cathedral, leaving nothing but the bare walls, the rabble carrying off the spoils. They worked with such energy that at the end of two days Gray Friars, Black Friars, and the Carthusian Church— monuments of antiquity, which had been centuries in building, were masses of ruin. When these outrages were reported to the queen-regent [Mary of Lorraine], she was transported with rage and sorrow. She particularly regretted the destruction of the magnificent Carthusian church, because the tombs of James I., his queen, and Margaret Tudor were desecrated. She vowed vengeance on the town of Perth and its inhabitants [...] (p. 301)