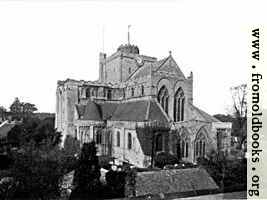 
“It is a perfect Norman church, with only the two east windows and the three western bays added by later hands (thirteenth century). The massive piers of the nave arches remind one of Durham, the lofty triforium rather of Norwich; the perfect Norman clerestory has nothing quite like [...] [more...] [$] 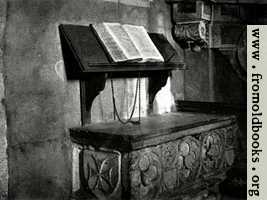 
The Knight Hospitaller’s Tomb and Old Chained Bible at North Baddesley Church. The bible dates from 1620 and was donated to the church in 1702. The tomb is now in the chancel of the church. [more...] [$] 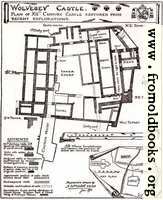 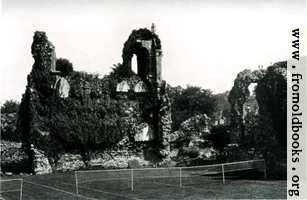 
There appears to be a tennis court in the middle of this ruined castle! [more...] [$] 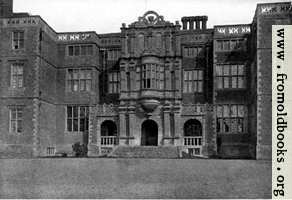 
Originally pre-Norman, the present stately house was started at about 1605, and was designed by John Thorpe. It is now a police training centre. There is an 18th century story that the house is haunted. [more...] [$] 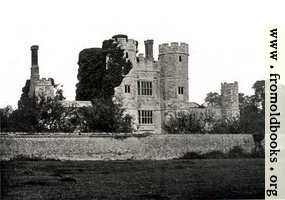 
Originally there was an abbey here, founded in 1232. After the dissolution it went to Thomas Wriothesley, first Earl of Southampton, who mostly demolished it and built the house. [more...] [$]