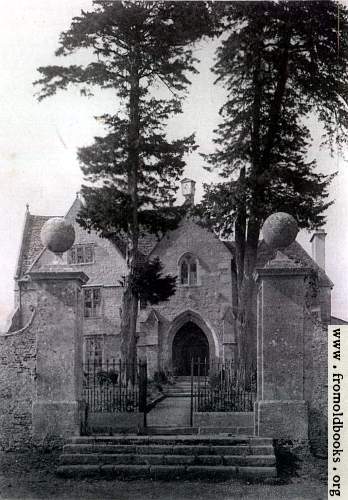 “Sheldons Manor in Wiltshire is a charming example of alteration. The original house, of which the porch is a part, was built by the Gascelyns in the fourteenth century. The sixteenth-century addition with its rectangular, mullioned windows, was built over earlier walls by the Hungerfords, and to their successors may be attributed the eighteenth-century gate piers.

Like many old manor houses, Sheldons has ceased to be the home of the squire, and has become a farmhouse. In half the villages of England there is either a house of the Elizabethan period or the memory of one. Not only did the landed gentry build, but also rich merchants in London and many of the provincial towns.”