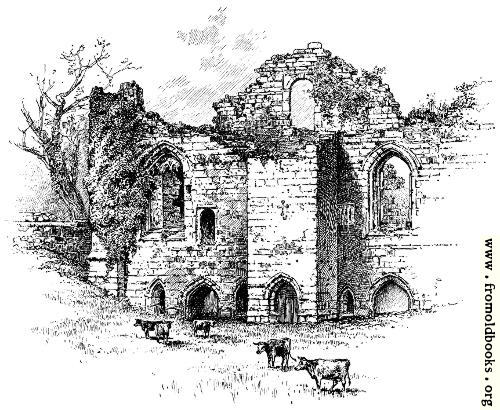 For the most part Staffordshire was left in tolerable peace. Its castles were not in very strong positions, and their lords either held other castles elsewhere or were not men of great importance. Even the barons war against Henry III did not much affect Staffordshire, though it led to the forfeiture of the estates of Henry Ferrars, Earl of Derby, after which the Castle of Tutbury was conferred on Edward, the king’s son, and became a part of the possessions of the great earldom of Lancaster. Edmund’s son Thomas headed the baronial opposition against the feeble Edward II., and fortified his castle of Tutbury. In 1322 Edward marched against him and gathered his forces at Lichfield. Earl Thomas manned the bridge of Burton to prevent the king’s passage, but his attempt was vain. He dared not defend Tutbury, but fled into Yorkshire, where he was defeated and put to death. In this war the abbey of Burton suffered great loss, and the town was laid waste. Tutbury Castle followed the fortunes of the house of Lancaster, and on the accession of Henry IV. was joined to the Crown, and now forms part of the possessions of the Duchy of Lancaster. (p. 184)