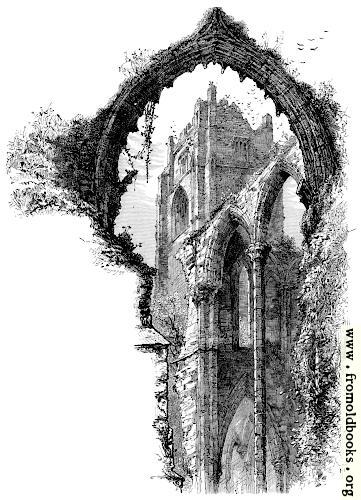 This is a spectacular view of the ruins of Fountains Abbey in Yorkshire. I found a photograph from approximately the same angle in a page on the Historic UK Web site.

The abbey was founded in 1139, some 900 years ago; it was sold off in 1539 when King Henry VIII siezed the assets of the Church, which had become corrupt.

A lot of the stone was later used to build Fountains Hall on the grounds.