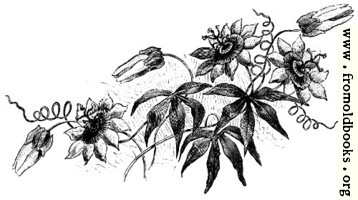 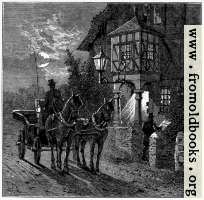 Exterior of a German Inn


A carriage with two horses and a driver sits in the moonlit night outside a grand-looking half-timbered house with a lantern lit and light shining out of the open front door. A man in a top hat and Victorian costume is about [...] [more...] [$] 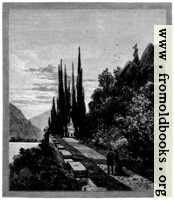 He Led Her With Him


A man and woman in nineteenth-century dress are together on the castle battlements, in a heavily treed garden; there are mountains in the background. [more...] [$] 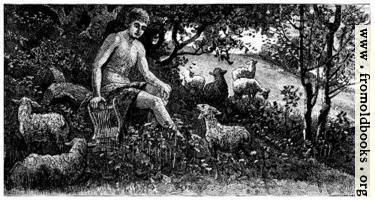 The sheep of Apollo

Images and short extracts from Lucille (1882) by Owen Meredith; this was actually a nom de plume for Edward Robert Lytton Bulwer-Lytton, 1st Earl of Lytton, GCB, GCSI, GCIE, PC (1831–-1891). The poems were very popular in the late Victorian era, and have a melancholy gothic feel.