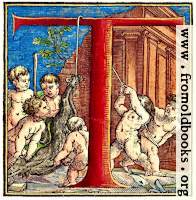 
A decorative initial letter “T” used as a drop cap on the introduction to the “Epitome;” this version is coloured in red and blue and yellow (or gold) and [...] [more...] [$] 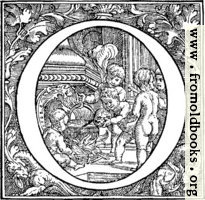 
A Decorative initial letter “O” used as a drop cap on the first page of this famous book. The outer border around the outside of the letter “O” has oak leaves and dragons; inside the “O” we see naked children (putti; they do not have wings) apparently making soup from bones and other items, in a large pot over an open fire. One of the children [...] [more...] [$] 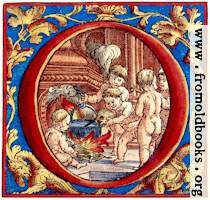 
This decorative initial letter “O” was used as a drop cap on the first page of the main text of the book; in this copy at Cambridge University Library, the initial has been painted [...] [more...] [$] 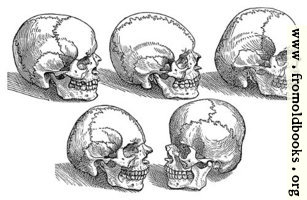 
The top-left skull here is normal, and the others are abnormal. [$]


The skeleton here leans on a shovel; there is a fresh grave by his foot, presumably that he has dug himself. [$]


This skeleton is leaning on a tomb, and appears to be comtemplating a skull that is on the tomb. [$]


The “muscle men” illustrations each show a naked man, in a progressive state of dissection. De Fabrica wsa hoping that they would be useful not only for [...] [more...] [$] 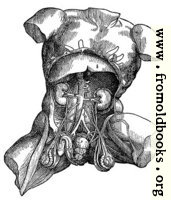 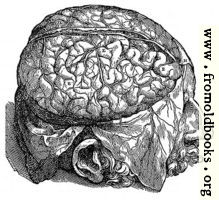 
Showing the anatomy of the brain. [$]


Fine typography from the 16th century. This image shows use of “historiated initials” as drop caps (available on this Web site as separate images), marginalia, and careful control of the darkness and texture of the [...] [more...] [$] 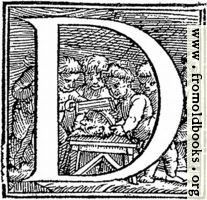